Can I Get a DUI While Sleeping in My Car? 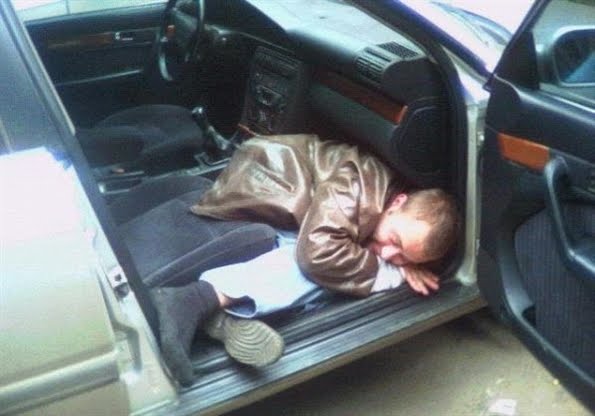 According to Michigan law, you can be arrested for a DUI if you are found sleeping inside your vehicle while intoxicated. Although this might seem silly when you consider that pulling over and sleeping is a good way to prevent a drunk driving accident, there is a law that is observed in several states about having actual physical control of the vehicle that has caused many people to need a DUI lawyer in Michigan.

These cases also occur all over the country. For example, a woman in North Carolina was convicted of a DUI when she was found asleep inside her vehicle in the parking lot of a fast food restaurant.
The actual physical control law states that if you have the ability to take control of your vehicle and begin driving at any time that you can be charged with drunk driving in Michigan.

For example, if you are asleep in the driver’s seat but your keys are in the ignition, an officer can make the argument that you were ready to begin driving at any time. Although this might seem preposterous to be person who has decided to sleep it off, there are several things that the law takes into consideration when determining who can be given a DUI conviction.

It is well-known that being intoxicated can impair someone’s judgment, so even if you pull over for a little while, there is nothing that conclusively proves that you will not wake up while you are still intoxicated and begin driving. By giving you a DUI, the officer is ensuring that this scenario will not occur.

If you are convicted of a DUI while you are sleeping, then you should definitely contact a DUI lawyer. Even though the law is on the officer’s side, it is not always easy to make this type of DUI stick.

Some juries and judges are leery of charging an individual with a DUI when they were not actually driving their vehicle. In other words, a good lawyer might be able to help you either walk away from all of the charges or end up with less severe penalties.

Keep in mind, though, that the absolute best course of action is to simply never get behind the wheel if you have been drinking. By always utilizing a designated driver or calling a taxi, you can avoid the hassles of going to court to defend yourself from a DUI charge.